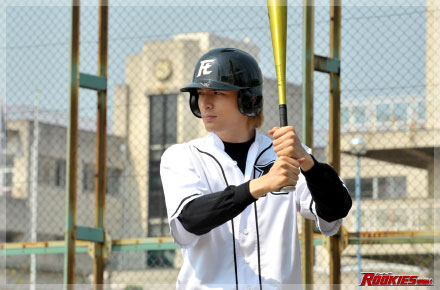 SUMMARY
Episode 6 of the series is where Rookies goes from good great, when so many traditional “happy-ending” elements don’t come true. Picking up mere seconds after the last episode, Shinjo (Yu Shirota) steps to the plate in the ninth inning with two outs and a runner on base. Strike 1… Strike 2… 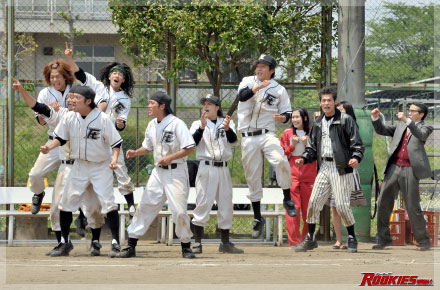 Shinjo cracks the ball straight into the outfield for an easy base hit, but Sekikawa (Akiyoshi Nakao) lets his excitement get the better of him and tries to score the winning run. He slides into home plate in a cloud of dirt as all his friends watch in freeze frame. Will their dreams come true? Will they find honor and respect in this victory? Everything come into clear focus when the dust clears and Sekikawa is tagged out. Game over. 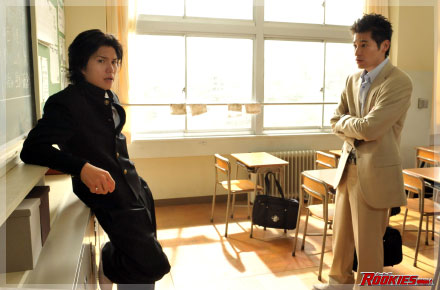 As the boys pause in their final bow to the opposing team, everyone holds their breath for the inevitable violent outburst from this troublesome team. But instead, the boys erupt in laughter and crowd around their friend Shinjo, celebrating their reunion.

Shinjo pushes himself to make up for weeks of missed practice in a single night, bring himself to the brink of fatigue. Kawato (Ryuta Sato) finds his team unjustly accused of smoking on school grounds, and new Principal Fujimura (Ren Osugi) is ready to disband the team right away. Forced to submit to humiliating strip search, the boys decide to give way to Fujimura to clear their names, vowing to do whatever it takes to move closer to their dreams. 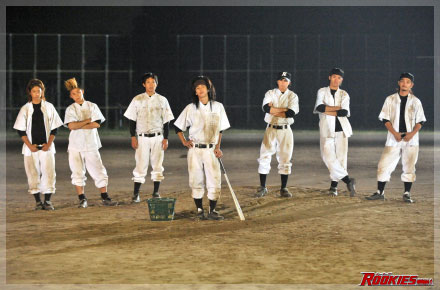 THE PRINCIPAL PLAYER
Principal Murayama (Masato Ibu) gets a reprieve from his one-note hard-ass role to show some genuine warmth and regret as he steps in to resign as penance for Kawato’s attack on the opposing team’s coach. Vice-Principal Ikebe (Kazuyuki Asano) is heart-broken, and his “Captain!” farewell is a tear-jerker. For all the gusto of the younger members of the cast, it’s always cool when the older, experienced actors get their moments to shine. 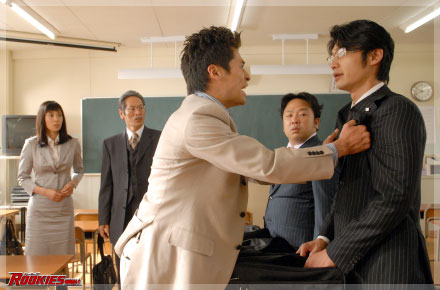 THE PAST COMES KNOCKING
Exiled from the practice game with the girls’ softball team because of girl problems, Aniya (Hayato Ichihara) catches a glimpse of former teammate Enatsu (Yusuke Kamiji), the boy who started the brutal fight that got the whole team suspended last year. Turns out that Entasu has pulled a curve ball of his own by transferring schools to avoid the suspension. The overall theme of Rookies is about putting the past behind you and putting your whole effort into your future. Merely halfway through the series, Rookies isn’t content to give the boys a free pass to Koshien. The more they strive to shed their old skin, the stronger obstacles will come their way. With their first wave of antagonists out of the way (Principal Murayama and their own fears), Enatsu comes along at just the right time to give a more direct and violent challenge. 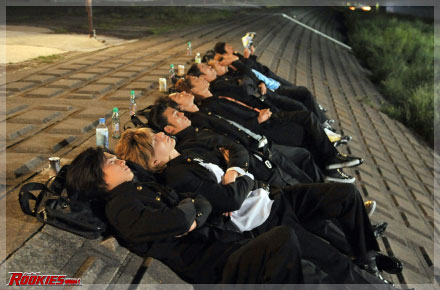