From Me to You (Review) 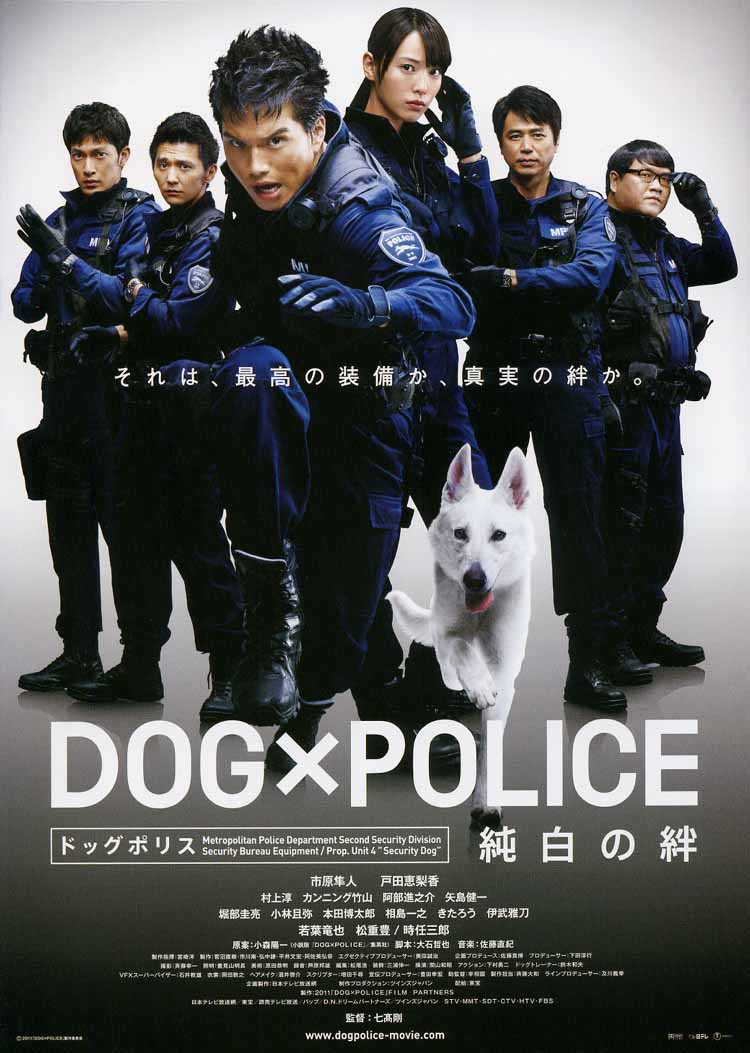 DOG x POLICE delivers heroic dogs and warm-fuzzy dog-human relationships — that’s no surprise, and you can guess what’s coming from the film’s poster starring Hayato Ichihara. The secret weapon here are the new-born puppies just minutes into the film. How can you resist?

Beat patrolman Hayakawa (played by Rookies star Hayato Ichihara) breaks protocol and goes on a solo chase after a bombing suspect. The felon turns out to be just a lowly drug dealer who’s scared of police, but their struggle blocks the way of a vet who’s racing to deliver some puppies. Hayakawa helps him along, and the delivery is successful for three young pups, but a fourth albino puppy seems to emerge stillborn. Hayakawa isn’t the kind to give up easily, and he revives the young puppy. 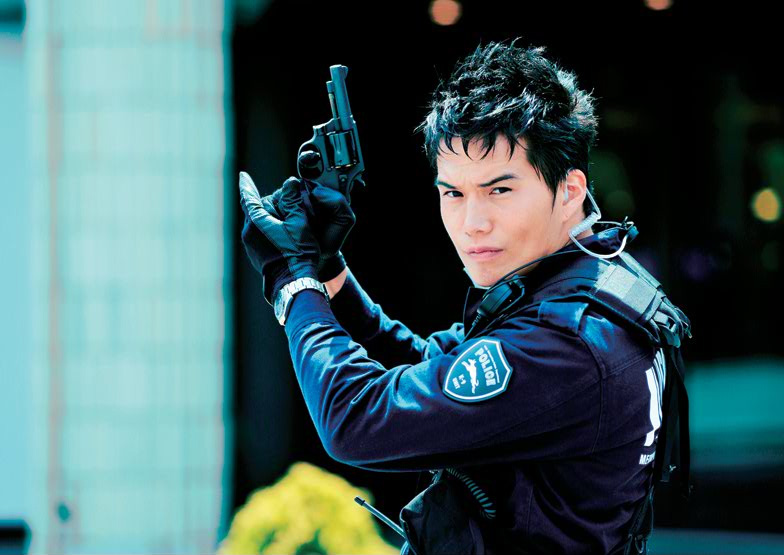 Punished for breaking the rules, Hayakawa’s reassigned to the K-9 Unit, which is considered a joke among real policemen. Coming from a family tradition of honorable cops, Hayakawa hopes for more. His frustration compounds when his instructor Natsuki Mizuno (Erika Toda) disapproves of his attitude from the start. She literally hands him a pile of sh*t on their first meeting.

It’s not long before Hayakawa meets the police dog Shiro, the albino puppy he saved months ago. Shiro’s a weakling compared to the other dogs, but Hayakawa forms a bonds with him, as they’re both considered outsiders in the K-9 unit. Good timing, because the bombings in the city have returned, and the K-9 squad is assigned to help track down the suspect.

DOG x POLICE contains everything you’d expect: training montage, cookie-cutter villain, and a climactic beat-the-timer chase. Nothing new in the buddy-cop-dog genre, to be sure, but Hayato Ichihara’s magnetic personality and good-hearted sincerity are worth watching. (Watch for Ichihara’s impression of Robert de Niro early in the film.) After watching Erika Toda pout her way through so many roles in her career, it’s nice to see her get a chance at a stronger, more reserved part. Her relationship with her character’s dog, Brand, is convincing. 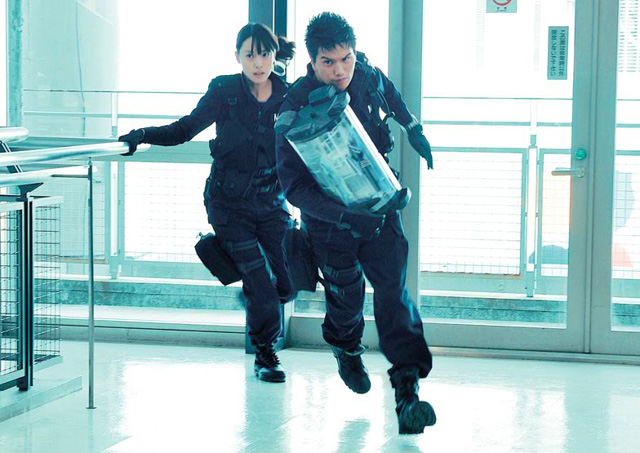